“The genetics load the gun, personality and psychology aim it, and experiences pull the trigger, typically.”
– Jim Clemente (FBI profiler) said of the 2017 Las Vegas (USA) massacre that left 58 people dead and 851 injured.

There are various views amongst psychologists to explain deviances in human behaviour and aggression, but we are far from a consensus. One view maintains that a terrorist either has antisocial personality disorder or is a psychopath. This means that he either shows a chronic pattern of behavior that violates social norms (such as stealing or cheating) or has a personality disposition that is marked by a core emotional and information processing deficit with a tendency to ignore environmental cues such as danger or punishment. He lacks remorse or empathy and is impulsive. Many researchers are of the opinion that childhood neglect, physical abuse, psychological abuse or extreme unfair disadvantage are involved in driving unstable personalities to eventually commit crimes. Unfortunately, however, research has also shown that there are no specific familial, educational, or socioeconomic factors that can explain something like religious radicalization that leads to suicide terrorism.
In his book, “The Lucifer Effect: Understanding How Good People Turn Evil,” Social Psychologist Dr.Philip Zimbardo warns that ‘good’ people such as yourself, can be made to do contemptible things by systematically manipulating your belief systems over time. Changes can be brought about in your personality and behavior that you didn’t know were possible. 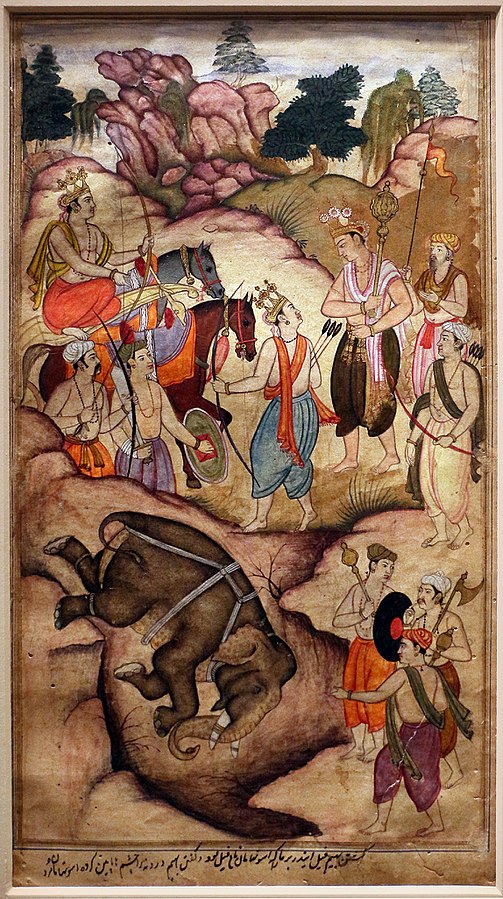 Under the CC license By Sailko – Own work

The Mahabharata an ancient Hindu-Indian epic on war, similarly reveals plots and sub-plots that focus not just on genetics and personality, but also on circumstances that motivate action. In short, it blurs the line between good and evil. In one interpretation Devdutt Pattnaik who writes on the relevance of mythology in modern times, alludes to the war at Kuru-kshetra between the two clans, the Pandavas and Kauravas, as a war about Dharma, which he equals to human potential and not blind faith. He clarifies that Dharma is about gaining better control of ourselves, and hence such a war has no losers. Within the sub-plots of the larger story occur instances of actions that are motivated by a need for justice. Revenge and the need for retribution leads to rationales that, in our mind, justify our actions. One man’s terrorist becomes another’s freedom fighter. In such a struggle, each opponent believes that they are right and the other is wrong. Charismatic leaders are known to kindle the humiliation and insult that elicits destructive impulses in their subjects, as has been seen several times in human history, and that we are presently witnessing in the world. 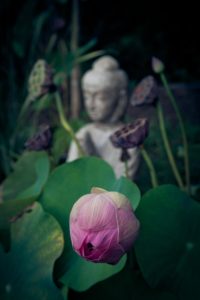 Photo by Sarah Ball on Unsplash

What then must we do?

Whereas we know that human beings are aggressors by nature, science has also established that we have the capacity for emotional modulation or self-regulation. One (of many) such mechanisms is via the Buddhist practice of mindfulness which we know enhances cognitive control. This practice is known to help one establish a receptive awareness of inner and outer experiences, temporarily leaving out analysis and evaluation of one’s current situation. The practice neither focuses on the past nor the future. Outcomes include better attention and decision-making capacity. In psychotherapy, a similar approach is used to gain insights into emotional disturbances and help move toward a state of well being. Dr. Adele Diamond, listed as one of the 15 most influential neuroscientists in the world, works in the area of early development of cognitive control, and emphasizes the role of play, dance and music in early life.  Although one cannot discount the role of genetics and personality, there is a shift in focus of psychological sciences toward building resilience and cultivating experiences of love, work and play.